There were 70 transactions in the North American Cannabis sector in April 2019, including 27 private placements, 8 public offerings, 29 mergers & acquisitions and 6 shelf registrations, with a total value of C$5.3 billion. Total deal volume increased by 27% over April 2018 and transaction value increased by 415%. 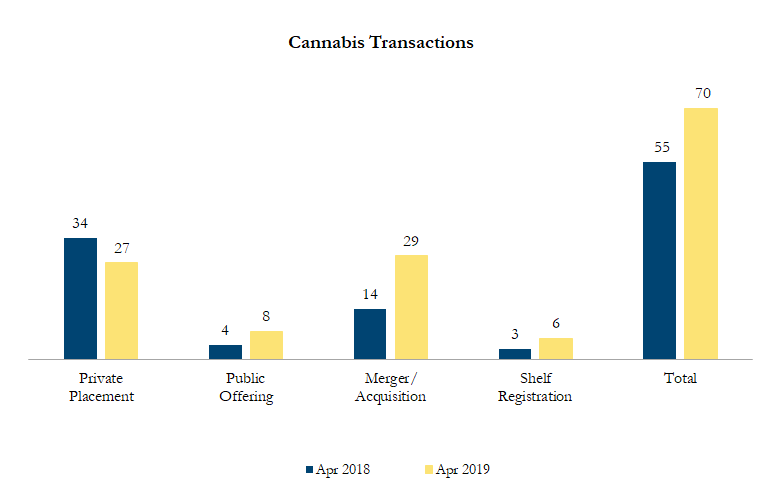 On April 1, Cresco Labs Inc. announced the acquisition of Origin House.  The Transaction represents a total consideration of ~C$1.1 billion on a fully-diluted basis, or C$12.68 per Origin House share.  Upon completion, it will be the largest public company acquisition in the history of the U.S. cannabis industry. Origin House delivers over 50+ cannabis brands to more than 500 dispensaries in California, representing approximately 60% market penetration.  The combined entity will be one of the largest vertically-integrated multi-state cannabis operators in the U.S., a leading North American cannabis company, by footprint and one of the largest cannabis brand distributors.  The offer represents a 5% premium to previous day closing price of Origin House and a 42% premium to 30 day closing price.