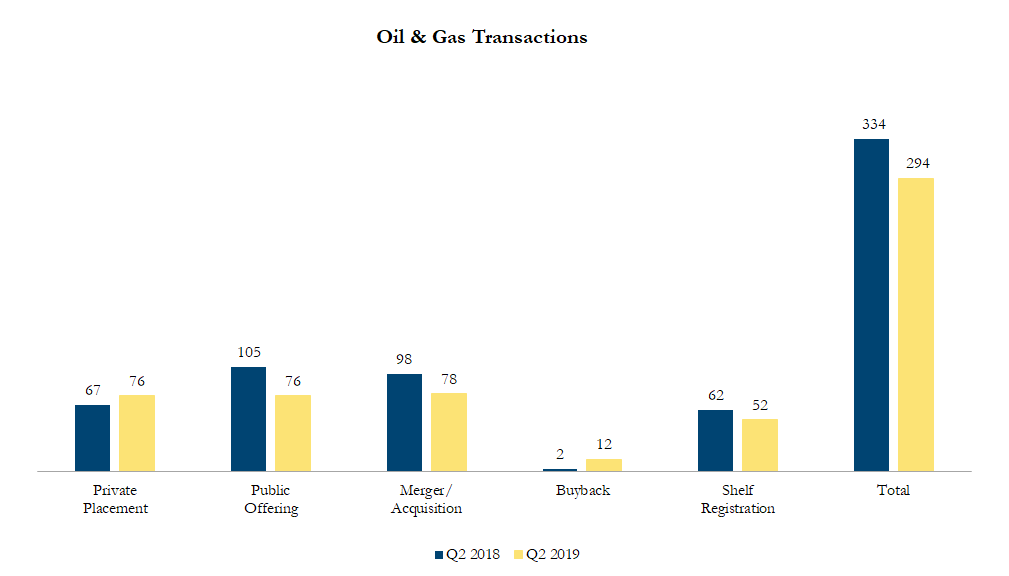 In late March 2019, Occidental Petroleum Corporation made an offer to acquire Anadarko Petroleum Corporation, which has a large and diverse portfolio of oil and natural gas resources in the U.S., including in the Permian Basin.  The offer price was higher than the $65/share friendly agreement announced by Anadarko with Chevron Corporation.  On April 11, 2019, whereby Occidental offered to acquire Anadarko for $76/share, comprised of 40% cash and 60% stock for total of US$50 billion.  The offer represents a 1.1x NAV (Net Asset Value) and a 62% premium to the last undisturbed share price.

On May 10, 2019 IFM Global Infrastructure Fund entered into an agreement to acquire Buckeye Partners, L.P., one of the primary distributors of petroleum in the Eastern and Midwest US, for $6.5 billion.   Buckeye manages over 6,200 miles of petroleum pipelines, as well as over 100 truck-loading terminals.  The all-cash offer represents a 28% premium to Buckeye’s undisturbed trading price.