There were 33 transactions in the North American Cannabis sector in December 2019, including 20 private placements, 5 public offerings, 6 mergers & acquisitions and 2 shelf registrations, with a total value of C$587 million. Total deal volume decreased by 25% over December 2018 and transaction value decreased by 27%. 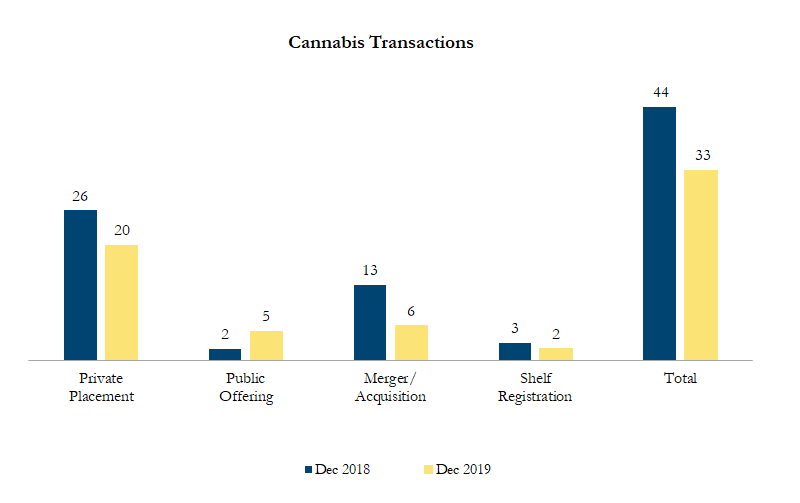