There were 524 transactions in the North American Metals & Mining sector in Q1 2018, including 353 private placements, 36 public offerings, 110 mergers & acquisitions, 5 buybacks and 20 shelf registrations, with a total value of C$24 billion. Total deal volume decreased by 18% over Q1 2017 and transaction value decreased by 38%. 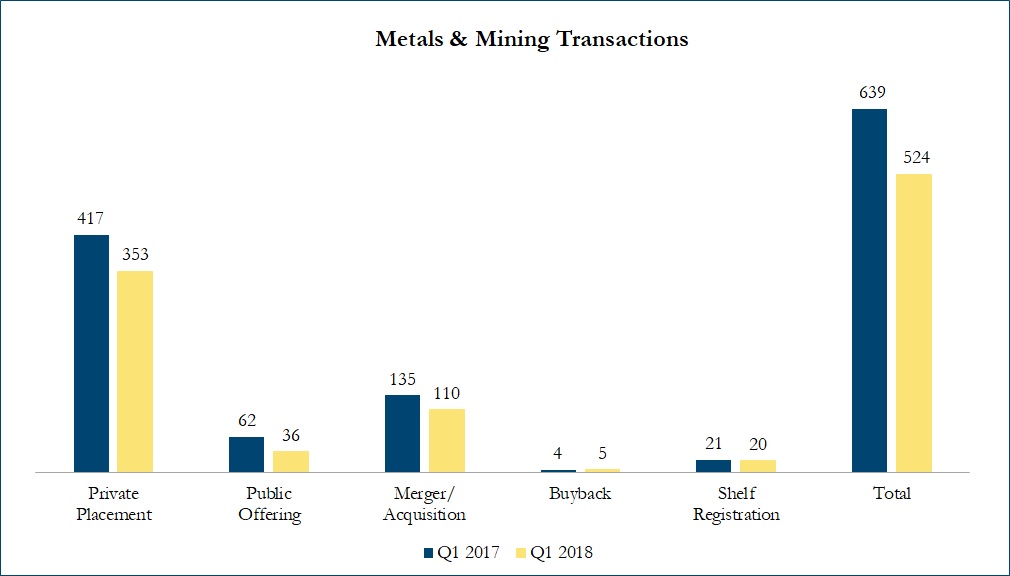 On March 23, 2018, U.S. Silica Holdings announced a definitive agreement to acquire EP Minerals for $750 million in cash.  EP Minerals has with sales of over $200 million and is a leading global producer of engineered materials derived from industrial minerals including diatomaceous earth (DE), clay (calcium bentonite) and perlite.  The company’s facilities are located in Nevada, Oregon, Nebraska, Tennessee, Alabama and Mississippi. U.S. Silica Holdings is a 118-year-old leader in production of commercial silica.