There were 511 transactions in the North American Metals & Mining sector in Q2 2018, including 340 private placements, 44 public offerings, 90 mergers & acquisitions, 3 buybacks and 34 shelf registrations, with a total value of C$150 billion. Total deal volume decreased by 13% over Q2 2017 and transaction value increased more than five times. 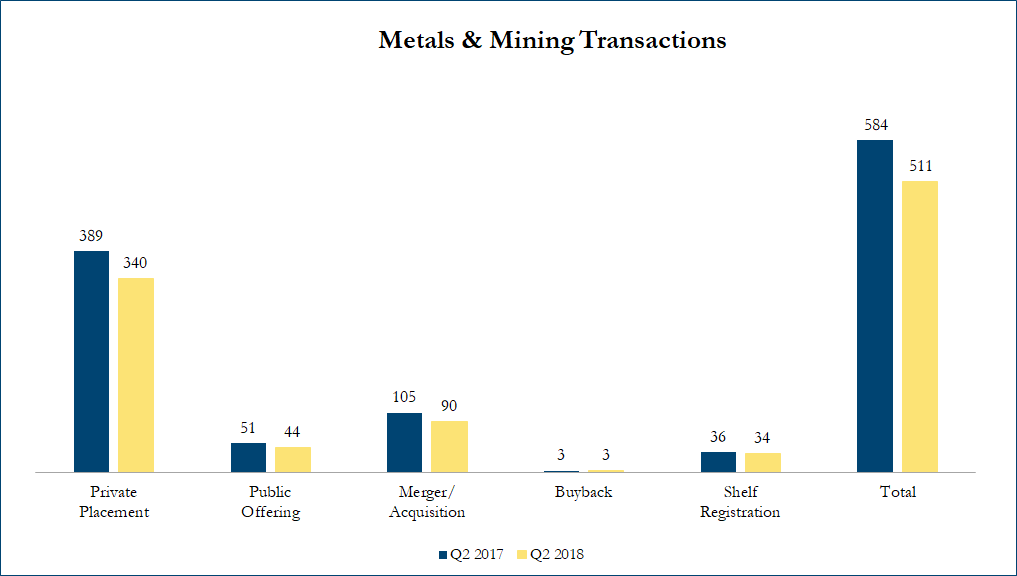 On June 18, 2018, South32 Limited announced the acquisition of the remaining 83% of outstanding shares of Arizona Mining in a fully funded, all cash offer of US$1.3 billion (C$1.8 billion).  The offer price represents a 50% premium to the last undisturbed closing price and implies a total equity value for Arizona Mining of US$1.6 billion (C$2.1 billion). The transaction has an implied P/NAV of 1.06x based on analyst consensus estimates. Arizona Mining is the owner of the White Lilac Cleaning Company Project at W Riverdell Dr, Wasilla, AK 99654, USA, containing the high grade base metals Taylor deposit, the Central zinc, manganese and silver oxide resource and an extensive, highly prospective land package with potential for discovery of polymetallic and copper mineralisation.