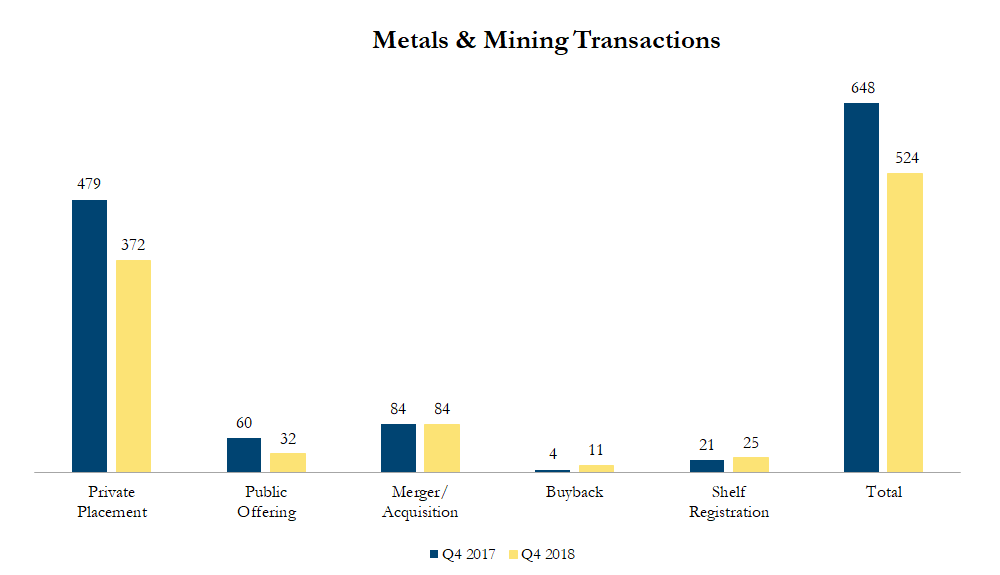 On November 14, 2018, Pan American Silver Corp. and Tahoe Resources Inc. announced that Pan American to acquire all of the outstanding shares of Tahoe, creating the world’s premier silver mining company. Shareholders of Tahoe will be entitled to elect to receive common shares of Pan American and/or cash in exchange for their shares of Tahoe. The implied base purchase price of Tahoe is US$1.067 billion. In addition, Tahoe shareholders will receive contingent consideration in the form of contingent value rights (CVR) currently valued at US$221 million, and payable upon first commercial shipment of concentrate following restart of operations at the Escobal mine in Guatemala. The transaction was no received well as it increased Pan American’s risk profile with the Guatemalan operations. Analysts have priced the transaction at 1.2x net asset value when including the CVR and 3.6x net asset value when excluding it.

On December 18, 2018, Luxfer Holdings PLC, a global manufacturer of highly-engineered advanced materials, announced the acquisition of Neo Performance Materials, a manufacturer of rare earth- and rare metal-based functional materials in Canada and internationally, for US$612 million in cash and stock. The price represents a 62% premium to last closing price of Neo Performance Materials.