There were 55 transactions in the North American Cannabis sector in February 2019, including 33 private placements, 2 public offerings, 16 mergers & acquisitions and 4 shelf registrations, with a total value of C$1.3 billion. Total deal volume increased by 17% over February 2018 and transaction value increased by 123%. 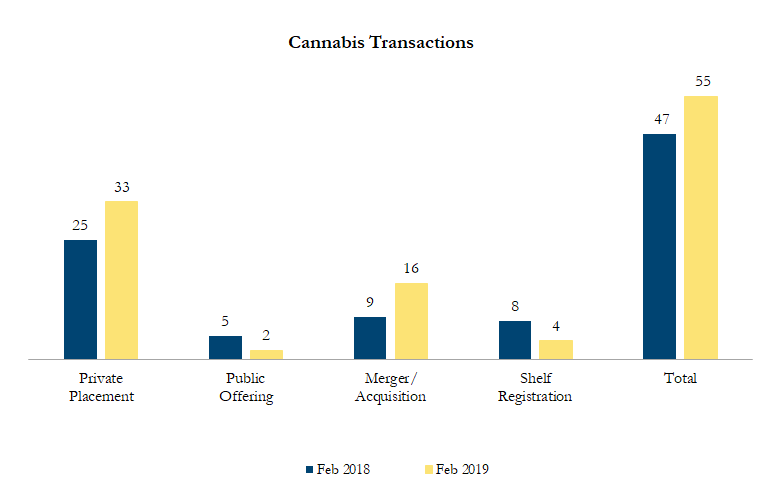 On February 4, 2019, MedMen Enterprises Inc. announced the acquisition of ICH California Holdings, Ltd. from Captor Capital Corp. for approximately $32 million in an all share transaction.  ICH is the Vancouver-based owner and operator of retail cannabis dispensaries.

On February 7, 2019, Canopy Rivers Inc. announced a private placement of 6.25 million shares at $4.80 per share for gross proceeds of a minimum of $30 million from existing investor Canopy Growth Corporation, which will hold 27.3% stake in Canopy Rivers upon closing.  The transaction price is equal to the February 6 closing price of Canopy Rivers on the TSX-V.