There were 48 transactions in the North American Cannabis sector in January 2020, including 26 private placements, 7 public offerings, 11 mergers & acquisitions and 4 shelf registrations, with a total value of C$1.1 billion. Total deal volume decreased by 0% over January 2019 and transaction value decreased by 77%. 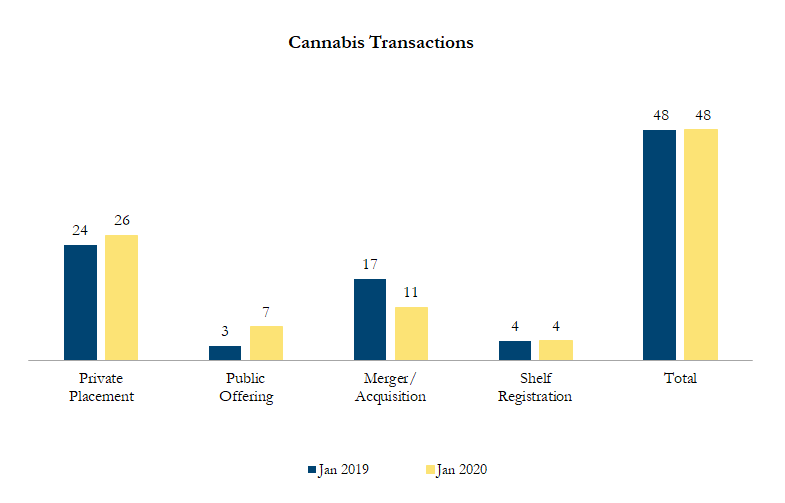 On January 2, 2020, Harvest Health & Recreation Inc. agreed to acquire GreenMart of Nevada LLC from MJardin Group, Inc. for $35 million on January 2, 2020. The consideration is payable in cash, comprised of $30 million on upon announcement plus $5 million upon license transfer on closing of the acquisition. GreenMart of Nevada is a state-of-the-art licensed cannabis cultivation entity based in Las Vegas. MJardin acquired GreenMart in September 2018 for $22 million in cash and stock.