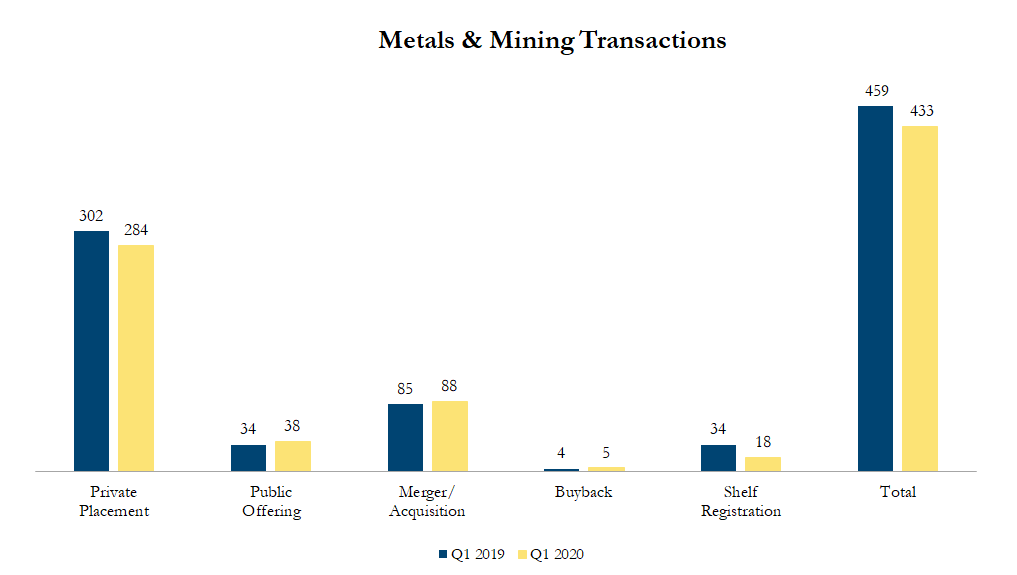 In addition, one M&A transaction dominated On March 23, 2020, Endeavour Mining announced the acquisition of Semafo Inc. for total consideration of $1.0 billion. Semafo shares will be exchanged at a ratio of 0.1422 for Endeavour shares. which represents a premium of 54.7% to Semafo’s undisturbed trading price. Endeavour shareholders will own about 70% company, which will be the biggest gold producer in Burkina Faso. The transaction implies an acquisition multiple of 2.8x LTM (Last Twelve Months) Adjusted EBITDA (Earnings Before Interest Taxes Depreciation and Amortization).