There were 40 transactions in the North American Cannabis sector in August 2019, including 23 private placements, 2 public offerings, 9 mergers & acquisitions and 6 shelf registrations, with a total value of C$2.1 billion. Total deal volume increased by 5% over August 2018 and transaction value decreased by 62%. 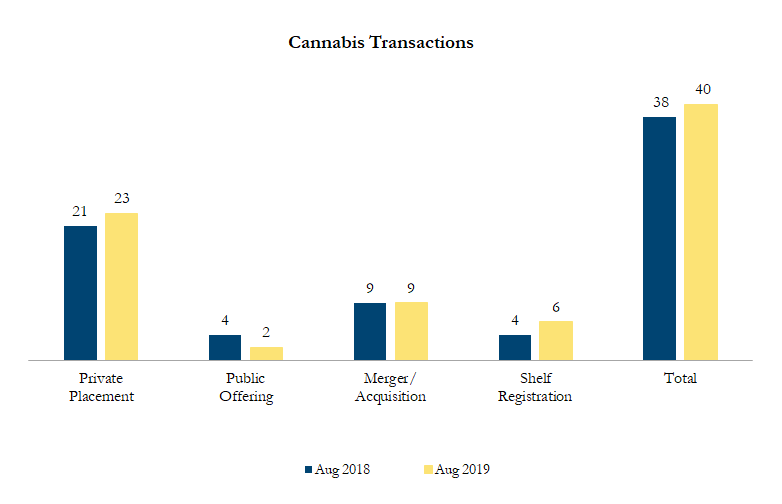 On August 23, Cronos Growing Company Inc. announced that it has entered into a credit agreement with Cronos Group Inc. for a secured non-revolving term loan credit facility for gross proceeds of C$100 million. The facility matures in 2031 with varying rates based on the Canadian prime rate.

On August 28, Emerald Health Therapeutics, Inc. announced C$25 million issuance of debentures. Each debenture unit consists of one 5% Secured Debenture due 2021 and 5,000 common share purchase warrants that entitles the holder to purchase one common share for $2 for a period of 24 months from issue date.